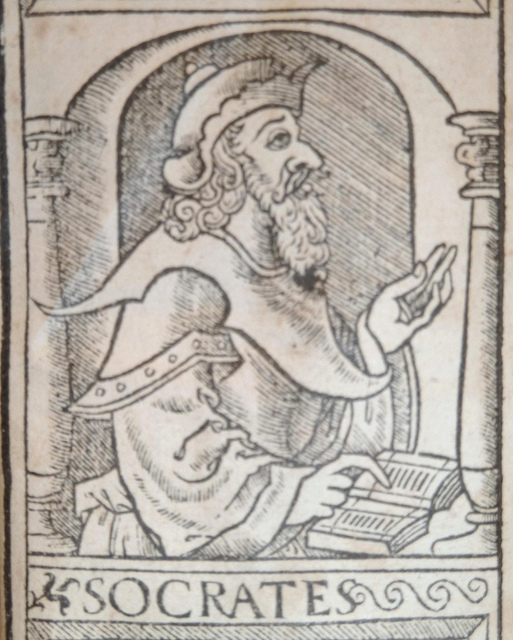 A couple of months ago I completed an online Stoicism course and adapted the free resources as a daily practice for people with ME (and other spoonies). I am interested in exploring how different philosophical approaches can benefit people with chronic health conditions. I believe that Modern Stoic meditations could be useful in a similar way to Mindfulness and Zen meditations. This is a review of my experience of Stoicism.

Heritage/spiritual context*: originated in Ancient Rome and Greece and is generally seen as a philosophy rather than a religion (although the traditional form does include belief in fate, destiny and the Logos this isn’t required for modern practice). Remains of ancient stoicism can be seen in Christianity and Cognitive Behaviour Therapy today.

Their explanation: there is an emphasis on how to live a Good Life which is centred around virtue/self control in those areas of life that you can control and calm indifference towards things that are beyond your control.

This is a good summary by Michel Daw:

Accepting Sceptics’ view^: it is reasonable to question how applicable an ancient philosophy is to modern life, although in fact a better question is whether we are already using the useful bits anyway. For example, cognitive behaviour therapy uses many stoic principles. CBT is quicker, easier to deliver and simpler to understand than grappling with the more existential, purpose of life issues that you encounter in Stoic philosophy. I don’t believe there is any empirical research on the benefits of Stoicism for those with chronic illness but CBT has been well researched in this area. However, CBT isn’t for everyone and it has a particularly bad press in the ME community due to inappropriate use as the main treatment rather than as an approach to coping with chronic illness. Therefore, it may be worth giving stoicism a go whether you are anti or pro CBT (if you are anti it may be different enough and if you are pro it may help in a deeper way).

What to expect: Modern Stoicism (as I encountered it on this course) involves meditations using ancient stoic ideas combined with modern psychological practices (such as relaxation induction) and some changes in routine thinking and actions. You can approach this in much the same way as mindfulness: some people engage in an occasional secular meditation practice other people may orientate their whole lives around it.

you can try it using the daily practices and recorded meditations in this post.

Coping with adverse circumstances such as chronic illness. I found that the practices that have stuck in my daily routine are the morning meditation, right now mindfulness bell and evening meditation.

Particular concepts that stayed with me are:

Contemplating the cosmos – thinking about the universe first thing in the morning helps in two ways. Firstly my problems seem insignificant in the greater scheme of things. Then secondly and almost contradictorily, I get a sense that my mind is as vast as the universe because it is able to hold such concepts, which is very freeing because I’m physically constrained to the house.

Premeditation of adversity – I often find instructions for positive thinking have the opposite effect on me and the stoic principle of imagining the worst is useful. I find this works well as morning and evening combination. In the morning I plan what I’d like to do for the day which provides a loose structure. I also imagine what could go wrong and plan for that as well (usually health wise as in reality the possibilities for ill fortune are infinite!). An example might be that I’d like to write a blog post today but I can’t completely plan how to use my spoons of energy as answering the door to the postman and an unexpected phone call or a sudden migraine might wipe me out too much to write, so I plan to listen to a podcast if that happens. At the end of the day, I review how my day went including how well I respond to my plans being thwarted by circumstance.  I find I cope better with things going wrong if I do this.

The good life is in your head – chronic illness can leave you feeling fairly useless and unfulfilled. In Stoicism, virtue (self worth and morality) is based entirely upon your response to your circumstances. Initially I was concerned that this missed out social justice, but activism can be the outworking of your intellectual/emotional response if that is within your control, as long as you remember that the outcome of your action is not within your control. I can also be doing nothing in bed and potentially be more virtuous than a charity volunteer.

Spending mental and emotional energy wisely – the ethos of identifying what you have control over can enable you to not waste valuable spoons, in theory.

Not so good for:

Stoicism is not a cure for chronic illness and is not likely to relieve symptoms unless there is an indirect effect due to reduced stress (but it could help you be happier in spite of your symptoms).

Some Stoic concepts can be hard to accept and confusing, so I ended up spending more mental spoons thinking about them. Nowadays we see that the distinction between what we can and can’t control is very complex, so that very little is either completely in our control or out of our control. For example, genetics may predispose you to a health condition but your behaviour and uncontrollable environmental factors decide whether it is triggered. There can be a mind-body dualism in stoicism that is hard to accept in a world of PsychoNeuroImmunology and the science of gut microbiome influencing neurotransmitters which then effect our mood etc. Similarly, if you don’t believe in fate or destiny, it can be harder to accept your situation because potentially you could influence change in everything and nothing has been preordained. I found it confusing to distinguish what was in my control, although this was an interesting exercise and i do have plenty of time to think.

Side effects/cautions: this is probably best used as an approach for those with chronic, physical health conditions to help avoid extreme emotions, anxiety and depression. If you already have a diagnosed mental health condition I don’t advise starting this by yourself. Talk to your therapist or doctor about whether this is something it would be helpful to try.

My questionª: have any other philosophical traditions helped you through periods of chronic illness?

Conclusion: I have found exploring stoicism intellectually interesting, but more importantly, some Stoic practices are now shaping and enhancing the structure of my daily life.

*I will indicate if specific religious belief is required. Most meditative practices are rooted in spiritual traditions but you do not usually need to believe anything specifically to benefit from using them.

^ This is either a best-guess at other reasons for the positive effect of the practice or based on secular research. It should make it more palatable to those of you who can’t believe the official position (see ‘Why, sometimes…‘). Other critical analysis will often be in maroon text like this.

ª Can you help me to understand? If so, please comment.

º Indicates length of session and whether there is background music.

What do you think? Cancel reply

I aim to only include creative commons graphics on the site. Most images are from www.thegraphicsfairy.com. The origin of the image is usually in the file's name if you download.